What is Glucose Clamping

The glucose clamp is a method for the determination of pharmacokinetic and pharmacodynamic (PK/PD) effects of anti-diabetic drugs (e.g. insulin) where the blood glucose (BG) concentration lowering effect is antagonized by variable glucose infusion rates (GIRs). Any device used for automated glucose clamps consists of a glucose sensor and a glucose infusion pump as well as an appropriate algorithm that calculates the amount of glucose solution that has to be infused to keep the blood glucose level at a pre-defined target level. In contrast to manual techniques automated glucose clamps (e.g. using the Biostator) offer the advantage of a bias-free assessment of the pharmacodynamic properties of blood-glucose lowering agents and a minute-by-minute adaptation of glucose infusion rates thereby keeping blood glucose concentrations very close to the clamp target level. However, the Biostator algorithm leads to pronounced oscillations of both BG and GIR requiring mathematical smoothing procedures for the determination of time-related parameters. As ClampArt, our novel automated clamp device, offers the option to modify the clamp algorithm we compared the unmodified Biostator algorithm (UBA) and a potentially improved clamp algorithm (ICA) regarding GIR/BG oscillations and clamp quality.

The first step towards the ICA was an in-silico optimization of the algorithm by numerical simulations. The numerical glucose clamp simulator uses a single compartment description of glucose kinetics with an exponential absorption of the insulin from the subcutaneous tissue and exponential insulin clearance from plasma. The new BG concentration is calculated from the previous BG concentration by using a log-normal profile for insulin action for lowering BG and the modified algorithm for calculating the glucose infusion rate for increasing BG. Additionally, sensor noise was added to the BG values using normally distributed random values reflecting the measurement error of the ClampArt glucose sensor. In several reiterating cycles the algorithm was improved with respect to the GIR/BG oscillations by reducing the aggressiveness of the original Biostator algorithm.

In a second step the ICA was tested in in-vitro experiments with the original ClampArt device using the original tubing set: A double lumen catheter was used to pump the glucose solution out of a 5L container to the ClampArt glucose sensor and an infusion tubing set was subsequently used to ”infuse” glucose solution via the ClampArt glucose infusion pump into the container. The insulin induced glucose lowering effect was simulated in the container by diluting the glucose solution with water infused at variable rates by a computer-controlled pump. In this in-vitro setting the improvement regarding GIR/BG oscillations of the ICA was confirmed.

Finally the ICA was compared to the unmodified algorithm in a clinical study investigating the pharmacodynamic activity of insulin aspart. The study started during the development of the ICA and initially used the UBA for the first glucose clamp experiments. As results of the in-silico and in-vitro studies were promising, it was decided to enrol additional subjects in order to repeat a number of experiments with the ICA and to compare the results of both study arms with respect to

In the clinical study 131 glucose clamps (UBA: 87, ICA 44) with type 1 diabetes subjects were performed by means of ClampArt. The target level for all glucose clamps was set to 100mg/dl (5.5mmol/l) and clamp duration was 12 h after a single dose of 0.2 U/kg insulin aspart, which resulted in total clamp duration of 1051 hours for UBA and 546 hours for ICA. The results are summarised in the following table:

In comparison with the unmodified Biostator algorithm ICA numerically reduces the amplitude of both GIR and BG oscillations. The control deviation was excellent with both algorithms and the median utility was similar.

The clinical study shows that the well-established Biostator algorithm for the calculation of GIR in automated glucose clamp studies is successful in achieving mean BG close to the pre-defined clamp target glucose level, albeit at the expense of relatively high oscillations in BG and GIR. The improved algorithm, now implemented in ClampArt, a modern, CE-certified glucose clamp device, significantly reduced the amplitude of the oscillations in both BG and GIR in pharmacodynamics clamp assessments of a rapid-acting insulin analogue. This was achieved without compromising clamp quality or utility. The optimized algorithm will therefore be used for future glucose clamp studies.

Interested in Glucose Clamping? Then read our blog post on glucose clamp quality and watch our webinar. Also, don't forget to sign up for our monthly blog updates, so you won't miss any future interesting posts. You don't attend all the scientific conferences you would like to? Then download our conference posters on glucose clamping. 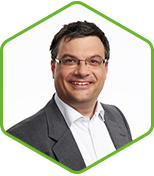