The rollercoaster life of inhaled insulin 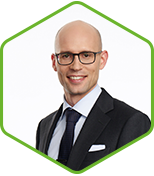 From Nektar’s award-winning technology to its later commercial failure as Pfizer’s Exubera®. Followed by new hopes for Mannkind’s Afrezza® that suffered more commercial disappointment [1,2,3,4]. The life of pulmonary delivery of insulin (inhaled insulin) has been a thrilling rollercoaster ride. Experts have openly asked whether inhaled insulin has come to the end of its ride or whether there is still a place for inhaled insulin in the future [5]. In this blog article on inhaled insulin, we’ll have a look at what the future may look like and discuss the latest advances with a novel inhaled insulin. 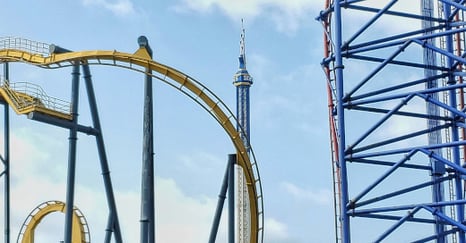 Inhaled insulin development was a hot topic at the beginning of this century and many (large) pharmaceutical companies were in the race to bring inhaled insulin to the market. After all, inhaled insulin promised to be the first needle-free administration of insulin with high hopes for patient acceptance, treatment compliance and commercial potential (an inhaled insulin product was believed ‘to sell itself’). Moreover, insulin absorption via the lungs could provide a physiological advantage over subcutaneous injections. The lungs provide a good platform for drug absorption with a large (50-140 m2), well-perfused absorptive area and thin (0,2 μm) lung-blood barrier, which facilitates rapid drug absorption. Using the automated euglycaemic glucose clamp method, Profil researchers investigated the time-action profiles of many of the inhaled insulin developments [6]. Various inhaled insulins demonstrated rapid onset of action, comparable to that of insulin lispro, which at the time was the state-of-the art sc injected mealtime insulin.

The dramatic failure of Exubera® on the marketplace however made clear that despite positive patient-oriented evidence and positive efficacy evidence, an inhaled insulin is not an ideal mealtime insulin [7]. Believers in inhaled insulin blamed the commercial failure on Pfizer’s lack of marketing (‘the drug did not sell itself’) and emphasised that with the right marketing strategy and a few product updates such as a smaller inhaler, inhaled insulin could have a bright future. Large insulin manufacturers like Eli Lilly and Novo Nordisk did however quickly give up on the commercialisation plans for their inhaled developments.

The only company that continued inhaled insulin development after the Exubera® fiasco was Mannkind. With Technosphere Insulin (brand name Afrezza®), their inhaled insulin offers a unique profile, faster- and much shorter-acting than any other inhaled or injectable insulin seen to date. Afrezza® has been available on the US market since 2014, but continuing low sales numbers have raised questions about its commercial viability [4].

It is not too surprising that after two non-successful commercial launches, inhaled insulin development activities are now scarce. To our knowledge, the only product in clinical development is 501 insulin from Aerami Therapeutics (formerly Dance Biopharm), also referred to as a 3rd generation product or inhaled insulin 3.0 [8]. 501 is a liquid formulation of human insulin and is applied via a small, smart inhalation device. Profil have conducted the clinical pharmacology program for 501 insulin and recently presented the final trial results at the 80th Scientific Sessions of the American Diabetes Association [9]. The selection for presentation at this prestigious meeting demonstrates that there still is a major interest in inhaled insulin and needle-free insulin administration within the scientific and diabetes community.

From our hands-on experience, we observed the following clinical pharmacology characteristics for 501 insulin:

The future for Inhaled insulin

Although Afrezza® and 501 insulin have addressed some of the limitations of Exubera®, such as the size of the inhaler and the ease of administration, it is clear by now that inhaled insulin will not sell itself and more major hurdles need to be overcome to reach a larger patient group. For 501 insulin, Aerami Therapeutics is first looking for a partner to progress into phase 3 and apply for market approval. Should this inhaled insulin reach the market, it will however encounter similar obstacles as Exubera® and Afrezza®. Pricing and reimbursement will play a major role; safety requirements such as the need for pulmonary function tests and remaining uncertainties about the long-term safety of inhaled insulin are further obstacles that do not seem to pass quickly.

Parallel to inhaled insulin developments, recent advances to improve injection comfort and to increase the speed of subcutaneous insulin absorption were made [12,13]. Automated insulin delivery is progressing towards systems with less manual intervention and may seem an increasing attractive treatment option, especially for some people with type 1 diabetes [14]. These advances have raised the bar for future mealtime insulin products, both injectable and non-injectable. From the rollercoaster ride inhaled insulin enjoyed so far, predicting its direction for the future is therefore not straightforward. The global insulin market is however large and there will be a growing demand for a simple, fast and pain-free solution. That is why inhaled insulin will probably ride on for a little longer.