The most common way for patients with diabetes to self-administer insulin is subcutaneously via a needle injection. Patients with type 1 diabetes require multiple daily injections (MDI), adding up to some 1500 injections per year per patient, to control their glucose level. Also, many patients with type 2 diabetes would benefit from (intensive) insulin therapy to achieve their glycaemic target. Painful insulin injections or fear thereof present a barrier to treatment initiation and long-term adherence in patients. Not surprisingly, research into alternative ways of administering insulin, without the need to break the skin barrier, such as via the oral [1], buccal [2], nasal or pulmonary route, has gained interest for decades. Despite these efforts, research into alternative insulin administration has not yet produced any commercially viable products and subcutaneous injection remains the only option for almost all patients.

Injection pain is influenced by many different factors: the design of the administration device including needle configuration (length, diameter [3], wall thickness, bevel type [4]), injection technique (angle, pressure, speed), drug formulation [5] (pH, viscosity, drug concentration, excipients [6]), drug dose (volume), injection site (abdomen, thigh, upper arm), previous injection experience, and time of day [7], among others, can all play a role. In a recent study [8] in which we investigated the influence of injection speed, volume and site (abdomen vs. thigh) on pain perception in patients with type 1 diabetes, the pain ratings were generally low: only 2.2% of the injections caused moderate or severe pain and half of the injections caused no pain at all. The study used saline injections to allow multiple assessments in individuals, pain ratings with injection of drug can be expected to be higher. Nevertheless, the study also showed that there are large individual differences in pain perception. 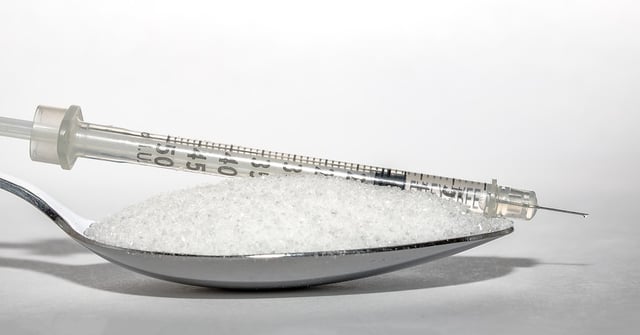 Improving injection comfort represents a particular area of technological research. Since the traditional vial/syringe method of administering insulin, modern, easier-to-use delivery devices or pen injectors [9] with smaller, single-use needle and reduced manual injection force have been designed to improve injection comfort for patients with diabetes. Compared to the traditional vial/syringe method of administering insulin, the modern prefilled pen injectors are preferred by patients and are associated with lower injection pain, enhanced treatment compliance [10, 11] and health outcomes [12,13]. We recently tested [14] a prototype pen injector (DV3316, Novo Nordisk) with an innovative injection mechanism aimed to simplify insulin delivery and improve user experience further: This prototype pen uses a shield-triggered injection mechanism, so that there is no need to press a button (which may be difficult for younger patients or patients with impaired manual dexterity). The shield also hides the needle from sight, which may help patients with a fear of needles. With the new pen, patients are no longer required to perform ‘air shots’ before injection and the waiting time after an injection has been eliminated. The study demonstrated that patients were able to successfully inject themselves with the new pen and a majority of participants preferred the new pen compared to an existing device (FlexPen, Novo Nordisk): 55% preferred the new DV3316 pen, 21% the FlexPen and 24% had no preference.

In patient with type 1 diabetes, use of an insulin pump [15] is a valuable alternative to multiple injections with proven health benefits and is becoming more popular especially in younger age groups. For patients with type 2 diabetes however a widespread adoption of insulin pump therapy is hampered [16] by the complexity of the devices with extensive training requirements and a lack of reimbursement. Various patch pumps have been designed to provide a simpler, smaller and cheaper technical solution compared to conventional pumps and may be a future alternative for patients with type 2 diabetes. As alternative for mealtime insulin injections, a “bolus-patch” (OneTouch Via, J&J, formerly Calibra Finesse, Calibra Medical) was developed. This slim, wearable technology combines the simplicity of a pen injector with advantages of a patch pump: only one insertion is needed every 3 days, supplies cannot easily be forgotten and insulin administration can be performed discretely. The bolus-patch received original FDA clearance in 2010, but has not yet been made available commercially. Findings of the published clinical work [17,18] mainly show that most patients would prefer to use the bolus-patch over continuing using either vial/syringe or pen injector. A recently completed 44-week intervention trial [19] in 280 patients with type 2 diabetes who are sub-optimally controlled on basal insulin should provide further information on the clinical efficacy of the device.

As mentioned at the beginning of this blog text, alternative ways of insulin administration present an attractive option for many patients with diabetes, but commercial success has been very limited. Inhaled insulin has shown promise with two product launches in the last years (2006, Exubera, Pfizer; 2014, Afrezza, MannKind) and treatment is perceived [20] more positively by patients. However, negative experiences such as early market withdrawal of one product (Exubera), limited commercial success of both products and an unclear safety profile for long-term use, have raised questions [21] about the future of inhaled insulin. Attempts to develop an insulin pill [22], perhaps the most attractive option to dose insulin, are ongoing for many years. Last year, we presented [23] for the first time that daily administration of an oral basal insulin formulation (Insulin 338, Novo Nordisk) was able to lower fasting plasma glucose to the same extent as an injectable basal insulin (Lantus, Sanofi) during 8 weeks of treatment in insulin-naïve patients with type 2 diabetes. Despite demonstrating proof-of-concept, the development of the basal oral insulin was stopped due to the need for very high insulin doses (i.e. high manufacturing costs) via the oral route.

Injecting insulin is a daily necessity for many patients with diabetes. Apart from pump technology, alternatives to needle injections are still scarce. Innovative pen injectors are being developed and may improve injection comfort and ease-of-use.