The liver‘s specific anatomical conditions and functions in systemic metabolism and defense provoke a hepato-centric view on the pathogenesis and treatment of diabetes and its comorbid conditions. Whereas the contribution of the liver as a glucose supplier to the development of hyperglycaemia is well recognised (DeFronzo, 2009) its involvement beyond the provision of too much glucose is increasingly going to be unravelled (Stefan & Häring, 2014).

Whereas part I of this „liver first ?“ blog conveyed a more glucocentric perspective by emphasising the „glucostat“ function of the liver, part II outlines recent evidence substantiating a key role of the liver in the evolution of diabetes and diabetes complications beyond the framework of glucocentrism. The focus will be on non-alcoholic fatty liver disease (NAFLD) including non-alcoholic steatohepatitis (NASH). 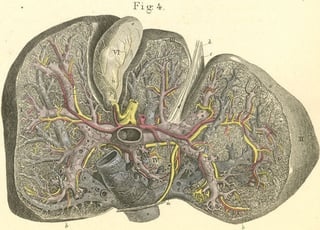 In liver-specific insulin receptor knockout (LIRKO) mice the insulin-receptor-dependent insulin signalling is specifically absent in the liver parenchymal cells (Michael et al. 2000). This makes it an outstanding model for investigating the impact of almost complete hepatic insulin resistance on the evolution of diabetes and comorbid conditions. Although LIRKO mice display a severe resistance of hepatic glucose production to insulin-induced suppression the animals don´t develop overt type 2 diabetes due to a compensatory beta-cell hyperplasia and a decreased insulin clearence by the liver. Only when fed a pro-atherogenic diet LIRKO mice produced significant dyslipidaemia and displayed an increased incidence of atheroscleroticc plaques (Biddinger et al., 2008).

LIRKO lessions contributed to the conception of selective vs. total insulin resistance which has been outlined by the Nobel laureates Michael Brown and Joseph Goldstein in 2008. Under normal conditions insulin suppresses hepatic glucose production (via phosphorylation and thereby inactivation of the transcription factor FoxO1) and at the same time stimulates the synthesis of free fatty acids and triglycerides (via activation of the transcription factor SREBP-1c). Different from LIRKO in type 2 diabetes the liver displays a selective insulin resistance: insulin fails to suppress the FoxO1-dependend hepatic glucose production but further stimulates the SREBP-1-dependent synthesis of free fatty acids and triglycerides – a ticking pathogenetic time bomb of combined hyperglycaemia and hypertriglyceridaemia is planted as hyperinsulinaemia further enhances hepatic triglyceride synthesis and thereby contributes to weight gain, fatty liver, and overall disease aggravation. In LIRKO mice total insulin resistance of the liver blocks both the suppression of hepatic glucose production and the stimulation of free fatty acid and triglyceride synthesis, finally accounting for the occurrence of hyperglycaemia without hypertriglyceridaemia with probably much less severe consequences on health as compared to the liver’s selective insulin resistance found in type 2 diabetes (Brown & Goldstein, 2008).

The data point to a more differentiated view on insulin resistance with regard to affected target tissues, cell types, as well as metabolic and mitogenic pathways (Evans & Goldfine, 2013; Könner & Brüning, 2013; Laplante & Sabatini, 2010; Brown & Goldstein, 2008). It seems clear that rather than hyperglycaemia per se a selective insulin resistance of glucose production paired with unrestrained free fatty acid and triglyceride synthesis mounts a major contribution of the liver to the pathogenesis of type 2 diabetes and cardiovascular disease.

Pathogenetic traits in NASH and NAFLD

NAFLD predisposes for diabetes and cardiovascular disease as well as liver cirrhosis and hepatocellular carcinoma. Currently about 30% of the general population and 60-80% of people with type 2 diabetes are considered to be affected by NAFLD (Noureddin et al., 2016). Premature mortality from NAFLD comes from the progression to the more irreversible and aggressive NASH and is related to incident liver cirrhosis and HCC as well as diabetes and cardiovascular disease (Barb et al. 2016). According to a seminal concept presented by Day & James in 1998, the progression of NAFLD is characterized by two hits.

The first hit is a non-alcoholic fatty liver in the form of a potentially benign and reversible hepatocellular deposition of triglycerides. As outlined by Horton & Browing (2004) insulin resistance of both liver and adipose tissue play a key role in fatty liver development. An impaired suppression of the hormone-sensitive lipase activity by insulin accounts for an increased flux of free fatty acids from the insulin resistant adipose tissue to the liver. In the liver free fatty acids can be used for energy production by mitochondrial oxidation or for the systhesis of triglycerides either stored in the liver or incorporated into very low-density lipoprotein particles released by the liver into the circulation. In addition to an increased free fatty acid flux to the liver there is an increase in hepatic lipogenesis by forced expression of the sterol regulatory binding protein (SREBP)-1c stimulated by hyperinsulinaemia. SREBP-1c is a transcription factor feeding into an orchestrated transcriptional activation of lipogenic genes. At the same time hyperglycaemia activates the carbohydrate response element binding protein (ChREBP) activating the expression of liver-type pyruvate kinase catalysing the conversion of phosphoenol pyruvate into pyruvate (glycolysis) which again enters the citrate cycle leading to the provision of additional acetyl-CoA for free fatty acid synthesis. As SREBP-1c the ChREBP activates the transcription of lipogenic genes. In the setting of insulin resistance the intermediary product malonyl-CoA inhibitis the carnitine palmitoyl transferase 1-catalysed free fatty acid entry into the mitochondria, thereby shifting the free fatty acids metabolism from fatty acid oxidation towards the synthesis of triglycerides finally accumulating within the liver.

Although the fatty liver is considered as the potentially non-progressive subtype of NAFLD its presence has been suggested to increase the risk of developing diabetes and cardiovascular disease. Stefan et al. (2008) have stratified obese people with a body mass index equal to or exeeding 30 kg·m-2 into an insulin sensitive and an insulin resistant group by using oral glucose tolerance test- and homeostasis model-derived indexes. They found that it is the fatty liver as well as an increased intima media thickness of the common carotid athery (an early marker of atherosclerosis) which distinguish the insulin sensitive obese (i.e the „metabolically healthy“) from the insulin resistant obese (i.e. those „at risk“ of diabetes and comorbid conditions). Klöting et al. (2010) stratified non-diabetic obese people having a body mass index between 42 and 48 kg·m-2 into an insulin sensitive and an insulin resistant group by measuring glucose infusion rates during a hyperinsulinaemic euglycaemic clamp experiment. The insulin resistant subgroup was characterised by a considerably increased amout of liver fat as compared to the insulin sensitive group. Other predictors for insulin resistance were a higher number of macrophages in omental adipose tissue, a larger mean omental adipocyte size, increased levels of circulating C-reactive protein, progranulin, chemerin, and retinol-binding protein-4, as well as decreased levels of adiponectin (Klöting et al., 2010).

Also the RISC (relationship between insulin sensitivity and cardiovascular disease) study population was analysed for a contribution of a fatty liver to the evolution of diabetes and cardiovascular disease. The RISC study was a large prospective observational cohort study of healthy people recruited by 19 trial centers in 14 European countries (Hills et al., 2005). Insulin sensitivity was measured by using a hyperinsulinaemic euglycaemic clamp and a fatty liver index was calculated as a validated and non-invasive surrogate for the presence of a fatty liver. High fatty liver index values were associated not only with insulin resistance and a loss of glycaemic control but also with increased intima media thickness, Framingtham risk scores for cardiovascular disease, liver enzymes, low-density lipoprotein cholesterol and systolic blood pressure, and with a decrease of high-density lipoprotein cholesterol and adiponectin (Gastaldelli et al., 2009). When stratifying the RISC population for the presence of early carotid plaques it was observed that people with an increased fatty liver inex were at an increased probability for athersclerotic lesions which was independent of established risk factors. When looking into the parameters used for fatty liver index calculation the plasma concentrations of gamma glutamyl transferase emerged as an independent predictor of early carotid atherosclerosis (Kozakova et al., 2012). Liver-derived gamma glutamyl transferase may be immediately involved in the aggravation of atheroscleorosis. gamma glutamyl transferase enzymatic activity has has been detected within sections of coronary atheroma from endoarteriectomy in vivo and suggested to promote a cysteinyl-glycine-triggered and iron-dependent redox cycling leading to the formation of reactive oxygen species, oxidation of low-density lipoprotein, protease/anti-protease inbalances and smooth muscle cell proliferation, finally promoting plaque evolution and rapture (Emdin et al., 2005). 20-year longitudinal results from the Framingham offspring study indicate a prognostic value of gamma glutamyl transferase for the metabolic syndrom, cardiovascular diseases, and all-cause mortality (Mason et al., 2010). Therefore elevated gamma glutamyl transferase is a candidate link between the presence of a fatty liver and the development of cardiovascular disease. In addition, bidirectional interactions between insulin-resistant, inflamed adipose tissue and the diseased liver as mediated by the release of adipose-derived hormones, inflammatory cyto- and chemokines, free fatty acids, and hepatokines (e.g., FGF21, fetuin-A, IGF and IGFBPs, selenoprotein P, SHBG) have been recognized as key pathogenetic drivers in the progression of NAFLD. Pro-inflammatory and pro-atherogenic mediators produced in the adipose tissue and the liver create a systemic state promoting peripheral insulin resistance, diabetes, and atherogenesis (Shoelson et al., 2006; Stefan & Häring, 2014). A fatty liver- related dyslipidaemia may account for a fatty degeneration of the pancreas thereby being immediately linked to the loss of beta cell function and precipitation of type 2 diabetes (Taylor, 2008; White et al., 2016).

If you like this,  check out part one of this series.  Or continue reading this exciting story by readingpart three of this series which will deal with medical needs in this interesting field. And make sure to sign up for the blog reminder on the right of this page so you won't miss future interesting blog posts.

And do make sure to check out our online seminar on NASH and Diagnosis of NAFLD. 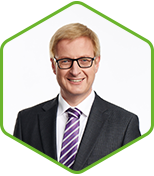