Lipohypertrophy (LH) is a common side effect of insulin therapy in patients with diabetes mellitus. The prevalence of lipohypertrophy is high with cross-sectional studies reporting up to 64% of patients being affected, with higher numbers in type 1 diabetes. Predisposing factors for the development of lipohypertrophy include duration of insulin treatment, needle reuse frequency, BMI and incorrect injection and site rotation techniques. Particularly the latter seem to be of major importance as re-education of patients in proper injection site rotation with avoidance of LH tissue was reported to improve glycaemic control [1].

As time is moving on and advances in diabetes treatment are made, one could ask the question ‘Has the occurrence of lipohypertrophy changed in recent years?’ Unfortunately not. Prevalence is still high and seems to even rise as a recent report by Strollo et al. reported of a prevalence of 77% in type 1 diabetes patients in Italy [2]. Already children can develop lipohypertrophy despite a shorter duration of diabetes and a lower total daily insulin dose, which results in higher HbA1c levels compared to children with no lipohypertrophy [3]. The study by Strollo et al further demonstrated that patients with lipohypertrophy also had a higher frequency of diabetic complications.

Although it is well known that injection into lipohypertrophic lesion can lead to a erratic insulin absorption and an increasing the risk of hypoglycaemia, we were the first who published a systemic trial that quantified the impact of lipohypertrophy on insulin pharmacokinetics and -dynamics. We investigated the PK and PD response of insulin injections into LH and non-LH tissue by means of the glucose clamp technique and a meal test examination. This clamp study revealed a statistically significant 26% lower insulin absorption from lipohypertrophic lesions compared to normal tissue that was accompanied by a 24% lower PD effect. Moreover, within-subject variability for insulin PK was up to 5-fold higher in LH compared to non-LH. In a subsequent meal test, we observed substantial higher postprandial blood glucose excursions after insulin injection into LH compared to non-LH tissue. These results show how important the choice of a proper injection site is. Interestingly, we had two extreme examples where almost no PK/PD response after injection into LH tissue was seen, neither in the clamp nor in the meal test examination. In contrast, the PK/PD response of these two patients with injections into normal tissue was similar to that observed in other patients. These extreme examples even more underline how important it could be to avoid lipohypertrophy as injection site to guarantee proper insulin action and blood glucose control [4].

In this trial, we made much effort to identify lipohypertrophic and normal adipose tissue. This included beside palpation of injection sites, which is the most widespread technique for identification of lipohypertrophic nodules, also a confirmatory examination with ultrasound. Ultrasound is widely discussed as a tool to support palpation for the identification of lipohypertrophic lesions. However, a recent meta-analysis by Ghazaleh et al. could not show superiority for either technique (palpation or ultrasound) as ideal method for LH detection [5]. It seems that the experience of the examiner is more important for the identification of LH than the method although ultrasound may have the potential to confirm the diagnosis of LH in case of uncertainty

As insulin pumps are widely used, it is interesting to know whether a similar effect on insulin absorption and action as in our study could be observed in pump users. Karlin et al. investigated this question in an outpatient trial where subjects were asked to wear the insulin catheter at the same infusion site for up to 7 days alternating in either LH or non-LH tissue for 4-weeks [6]. This trial observed a numerical higher infusion site failure rate of 35% in LH compared to 22% in non-LH tissue due to hyperglycaemia but this difference was not statistically significant. Overall, an increase in mean blood glucose values was seen after a catheter wear time of 3 days, but no significant differences could be observed between tissue types.

These results seem to differ our clamp study. It might be that continuous infusion results in more predictable absorption, whereas insulin is absorbed erratically after a single injection in LH tissue. But of course other methodological differences between the studies could also explain the different findings.

Insulin injection and infusion are not the only diabetes therapy options that may be affected by lipohypertrophy. The use of CGM systems is rapidly increasing resulting in a possible challenge to find appropriate tissue areas for both insulin administration and insertion of the CGM sensor. For patients with LH, it is questionable whether LH should also be avoided for continuous glucose monitoring. As it was suggested that impairment of insulin action is potentially based on less vascularised lipohypertrophic lesions and CGM systems measure glucose concentrations in the interstitial fluid, one could hypothesize that CGM measurements may be less accurate due to reduced blood blow in LH. Until today, only one trial investigated the effect of LH on CGM accuracy and could not observe any difference in the accuracy of CGM readings between tissue types [7]. This result seems to be good news and opens the possibility for patients with LH to insert CGM sensors into such abnormal areas. However, the group used a CGM system of the first generations, the Dexcom G4 system, and it remains to be evaluated if newer CGM generations with improved accuracy may reveal differences in blood glucose measurements in lipohypertrophy not seen with older less accurate systems. The potential of tissue trauma due to insertion and sensor wear time of up to 10 days need to be investigated in future studies in connection with its role in tissue health.

In conclusion, despite controversial data, it is clear that LH still is a side effect of insulin therapy with high prevalence in insulin treated diabetes. While it is clear that LH tissue should be avoided for insulin injection, this is less clear for insulin infusion. Proper injection site rotation techniques are recommended to reduce the occurrence of this side effect. Innovations in insulin administration techniques such as multihole needles may lower the incidence of LH in the future. 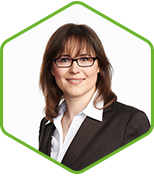