Cardiovascular (CV) events are the main cause of death among patients with type 2 diabetes mellitus (T2DM). Myocardial infarction and stroke are the macrovascular complications responsible for the high mortality in this collective of patients. The molecular mechanisms occurring in insulin resistant subjects (i.e. impaired insulin signalling through the phosphoinositol-3 kinase pathway with intact signalling through the mitogen-activated protein kinase pathway) directly contribute to the pathogenesis of atherosclerosis, independent of the concomitant metabolic abnormalities [1]. However, improvements in HbA1c take decades to impact CV risk profile [2], and as a matter of fact, the focus of several phase III studies investigating antidiabetic drugs is moving from the glucose control to the CV risk.

The sodium/glucose cotransporter 2 (SGLT2) inhibitors have emerged as a drug class with great potential to improve not just glycaemic control but also to improve several CV risk factors. The mechanism of action of SGLT2 inhibitors appears to be independent from pancreatic insulin secretion or hepatic/muscle uptake of glucose; its unique mechanism of action targets the renal re-absorption of glucose that occurs in the tubuli of the nephrons.

The EMPA-REG-OUTCOME trial is the first study that has demonstrated improvement in CV risk profile in patients using SGLT2 inhibitors [3]. The results from the EMPA-REG-OUTCOME study showed a 38% relative risk reduction in CV mortality in high-risk patients receiving empagliflozin compared to those receiving placebo [3]. The results were received with great enthusiasm in the diabetes community, and induced extensive discussions regarding the underlying mechanisms responsible for the CV risk reduction.

The United States Food and Drug Administration and the European Medicines Agency have approved 3 drugs in this class: canagliflozin, dapagliflozin and empagliflozin. Several other compounds of this class are in clinical development. There are currently ongoing CV-outcome studies with two other SGLT2 inhibitors:

Although the benefits for CV risk have only been demonstrated for empagliflozin, some researchers suggest the existence of a group effect dependent on the inhibition of SGLT2. The CVD-REAL trial, recently presented at the Annual Scientific Session of the American College of Cardiology, underlined the beneficial effects of treatment with SGLT2 inhibitors within a propensity score matched analysis of data from nearly 300.000 subjects obtained from patient registries within the US and Europe [4]. However, the existence of the group effect can only be concluded after the results of the two studies mentioned above are released [5].

The beneficial effects of SGLT2 inhibition thus seem to extend beyond glycaemic control. This group of medications triggers a number of physiological responses in several systems.

The following mechanisms have been discussed as responsible for the positive results found in animal and human studies with SGLT2 inhibitors:

Due to the inhibition of the sodium/glucose cotransporter 2, increased natriuresis is observed after 2-3 days with SGLT2 inhibitors. However, contra-regulatory mechanisms rapidly compensate this effect [5]. There is, however, a remaining plasma volume reduction of about 7%, which is probably responsible for the reduction in systolic and diastolic blood pressure observed.

Increased glucosuria produces negative caloric balance, resulting in a weight loss of 2–3 kg  [1] This effect occurs due to a loss of 60-80 g of glucose per day [5]. Although the total weight reduction does not seem impressive, it could be a contributing factor to the CV risk reduction observed.

SGLT2 inhibitors have shown a small elevation in fasting plasma glucagon [7]; similar to what occurs during fasting state. This effect does not seem to have a negative impact on glucose metabolism, and on the contrary, it has been proposed to play a role in CV protection [8].

This effect has been observed with SGLT2 inhibitors, and is a consequence of the shift in metabolism from glucose to fat oxidation and also of the increased glucagon secretion. In principle, ketones can be efficiently used as fuel by the heart, and lead to more efficient energy expenditure. Controversially, this shift reduces the respiratory quotient and increases myocardial oxygen demand [8], which could lead to a worsening in myocardial ischaemia.  This issue keeps being discussed by the scientific community, and there is no consensus about the link between CV risk and elevated ketones.

A small increase in low and high density lipoproteins (LDL - HDL) cholesterol has been observed with SGLT2 inhibitors, as well as a decrease in triglycerides. The mechanisms and consequences of this lipid profile change remain unknown [6].

SGLT2 inhibitors increase excretion of uric acid, which becomes evident during the first 12 weeks. This effect may be cardioprotective since experiments in humans and animals concluded that increased uric acid levels promote CV disease by inducing hypertension, vascular inflammation and renal damage [9].

SGLT2 inhibitors chronically reduce extracellular fluid and plasma volumes, resulting in increased haematocrit. In addition, there is some evidence that treatment with SGLT-2 inhibitors might increase erythropoietin levels. Nevertheless, the impact of this effect needs further investigation.

The EMPA-REG-OUTCOME showed a significant reduction in the relative risk of hospitalisation due to heart failure (35% reduction). This effect could be due to the diuretic effect of empagliflozin and the decrease in intravascular volume reducing central aortic pressure. As a result empagliflozin administration could lead to improved left ventricle function and reduced cardiac workload.

The primary endpoint of the EMPA-REG-OUTCOME trial was a composite of death from CV causes, nonfatal myocardial infarction or nonfatal stroke. The study was sufficiently powered with respect to this endpoint, although empagliflozin administration did not result in lower risk of nonfatal stroke or myocardial infarction. An explanation might be that the trial was not sufficiently powered to show a reduction in the risk of stroke or myocardial infarction, and therefore no significant reduction was observed despite the significant reduction in blood pressure. Of important consideration is the fact that patients suffering from T2DM frequently have co-morbidities such as arterial hypertension and obesity, and the control of these risk factors is crucial for improvement of the CV risk profile. Obese subjects, for example, exhibit similar CV risk profile as T2DM patients [6].

The EMPA-REG-OUTCOME study also showed a much lower rate in hospitalisation due to heart failure, indicating that the improved CV risk profile was possibly due to better morbimortality related to heart failure.

The placebo group in the EMPA-REG-OUTCOME trial also included more subjects on sulfonylureas and insulin, known to be associated with weight gain, increased risk of hypoglycaemia,  and conceivably a higher rate of  adverse CV outcomes [6].

Of consideration is also the fact that the EMPA-REG-OUTCOME trial included only patients with history of CV events, which means that subjects had established macrovascular complications at the time of inclusion. Hence, it is difficult to translate the results to T2DM patients without a history of CV-events for primary prevention.

Irrespectively of the underlying mechanism, the benefits of the SGLT2 inhibitors in selected patients with T2DM have been demonstrated. The benefits in terms of CV mortality are possibly related to the haemodynamic effects. Understanding the precise mechanisms will help the design of forthcoming studies and will improve treatment strategies in the future.

For further reading, we suggest "SGLT2 inhibitors and renal protection". 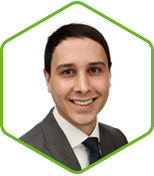 "Treatment with SGLT2 inhibitors: Is there hope for renal protection"