The German Digital Healthcare Act and DiGA: what is in it for diabetes? (Part I) 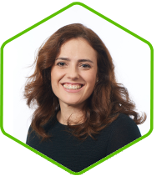 Part I: Reimbursement of Digital Health Applications (DiGA) in Germany: an overview

In this blog post series of three, we give an overview of the current prescription and reimbursement of DiGAs (Part I), we address the challenges for a wider penetration rate of DiGAs in the German health system (Part II) and we compare the DiGA pathway with other European initiatives (Part III). We focus on what this means for people with diabetes as well as the developers and manufacturers of digital diabetes technologies.

In December 2019, the German Digital Healthcare Act (DVG) [1] came into effect. It provides access to low risk digital health applications (in German, DiGA) for more than 76 million people insured under the statutory health insurance scheme, including many people with diabetes and obesity. A DiGA has to bear a CE mark and be a class I or class IIa medical device with its main function based on digital technologies. In addition, it has to treat, alleviate or monitor a disease, injury or a disability, but it must not primarily serve in prevention.

The DVG introduced a fast-track pathway for digital health technologies (in German, DiGA) to be reimbursed by statutory health insurances (“apps on prescription”). This fast track is detailed in the DiGA ordinance (DiGAV) [2] and curated by the Federal Institute for Drugs and Medical Devices (BfArM): Even if a positive healthcare effect is not yet fully established, a preliminary admission into the directory of reimbursable DiGA can be granted, provided the manufacturer presents a scientific evaluation concept prepared by a manufacturer-independent scientific institute. During a period of one year (or in exceptional cases, up to two years) clinical trial outcomes that demonstrate a positive healthcare effect have to be presented to BfArM [3]. During this period, the device can be prescribed and reimbursed. The healthcare experience gained during this timeframe can inform further enhancement of the DiGA and future clinical trials. The BfArM publishes a continuously updated guide for manufacturers, service providers and users, which defines the general requirements for studies to prove a positive care effect [4].

The establishment of the directory of reimbursable DiGA (DiGA directory) by the Federal Institute for Drugs and Medical Devices (BfArM) is groundbreaking as it creates transparency by presenting standardised information for patients and healthcare professionals. These include an easy-to-understand description of the app and its integration in the management of the targeted disease indication. In addition, the DiGA directory provides information regarding the safety and functionality, data protection and data security, and the quality of the app, including its interoperability with adjacent systems.

In our view, one of the most valuable information shared is the level of available evidence for a positive healthcare effect from clinical trials. Both patients and healthcare professionals can get a good idea of the outcomes and the quality of the clinical trials since the DiGA directory refers to the scientific evaluation concept, the Clinical Study Report, and, if available, to the corresponding peer-reviewed scientific publications. This transparency creates valuable opportunities for manufacturers to build an excellent reputation with patient and medical expert associations. Patients and healthcare professionals get an informative overview of the prescribable DiGA.

In September 2020, the first DiGA was listed, followed by two others one month later. Currently, as of 13 February 2022, there are 30 DiGAs part of the directory [5]. Only nine of these DiGAs, one of which targets people with diabetes and depression are listed permanently. From the nine DiGAs permanently listed in the directory, four are distributed by the same company. This company has a longstanding record of accomplishment in digital therapies. All other DiGAs are listed provisionally due to ongoing scientific evaluation to demonstrate a positive healthcare effect by a comparative clinical trial. The provisionally listed DiGAs include a DiGA targeting people with diabetes, as well as two DiGAs supporting the management of obesity.

The listing of only four DiGAs that affect people with metabolic conditions is an indicator that the DiGA directory does not yet adequately cover the wide spectrum of relevant chronic disease indications including diabetes and cardiometabolic disease. This underrepresentation of DiGAs for people with diabetes in the directory is contrary to a recent joint investigation presented by the European Association for the Study of Diabetes (EASD) and the American Diabetes Association (ADA). They found that apps proposed to support diabetes self-management are among those most commonly available [6]. Surprisingly, well-established diabetes apps widely used by people with diabetes are not yet listed in the DiGA directory.

So far, six statutory health insurance companies have reimbursed more than 24.000 DiGAs in total [7]. Although around 28 million people are insured under these 6 health insurance companies, the penetration rate of DiGA among them is less than 0.1 percent [8]. Possible reasons for the still limited prescription of DiGAs in healthcare in general and diabetes care in particular are multi-layered. They may include unresolved systemic challenges including the pricing of DiGAs and their integration into the workflow of healthcare provision. There is also some general scepticism towards the quality of evidence for a positive healthcare effect as compared to the evidence levels required for drugs and higher-classified medical devices such as Automated Insulin Delivery systems.

We will address these issues on the second part of our blog post series.