The β3‐adrenoceptor (β3-AR) was initially an attractive target for several pharmaceutical companies due to its high expression in rodent adipose tissue, where its activation resulted in decreased adiposity and improved metabolic outcomes in animal models of obesity and type 2 diabetes. Despite the expression of β3-AR in human brown and white adipocytes, urinary bladder and potentially other tissues [1, 2, 3], the translation of rodent studies to humans was cumbersome as several drugs acting on the β3-AR failed in achieving weight loss targets. 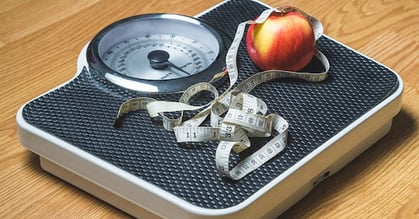 Although previous phase 2 clinical trials with members of this drug class demonstrated improved glucose disposal, decreased plasma triglycerides, and increased resting metabolic rate [4, 5, 6, 7], none of these drugs ultimately achieved regulatory approval for the treatment of obesity or metabolic disease. Reasons for this lack of success included poor oral bioavailability and substantial cross-reactivity with the β1-AR that caused undesirable cardiovascular effects [8].

A major step forward for β3‐AR agonists was the approval of Mirabegron (Myrbetriq®, Astellas Pharma) in 2018, the first highly selective agonist for the treatment of overactive bladder syndrome (OAB). This was accompanied by the conduct of further clinical studies investigating possible other metabolic consequences of β3‐AR activation by mirabegron including its effects on increasing brown adipose tissue (BAT), energy expenditure, HDL cholesterol levels, and insulin sensitivity.

In 2015, Aaron M. Cypess and co-workers from the National Institute of Diabetes and Kidney Disease, Maryland, US, published a study in Cell Metabolism, investigating 12 healthy men, who were administered either a single oral dose of 200 mg mirabegron or placebo to stimulate BAT [9]. BAT metabolic activity was measured via (18F)-2-fluoro-d-2-deoxy-d-glucose (18F-FDG) using positron emission tomography (PET) combined with computed tomography (CT). Mirabegron led to higher BAT activity in all subjects (p = 0.001), along with an increase of resting metabolic rate (RMR) by 203 ± 40 kcal/day (+13%; p = 0.001).

One main criticism of this study is the applied dose (a single dose of 200 mg is four times the recommended maximal dose for treating OAB). This dose resulted in adverse cardiac side effects in the healthy subjects, including a significant increase in heart rate and systolic blood pressure, most likely due to actions at cardiac β‐adrenoceptors. Another acute effect of mirabegron was a significant increase in HOMA-IR, a measure of insulin resistance. It was unclear how this unexpected effect emerged. In addition to the effects on BAT, there was evidence for β3-AR agonist stimulation of WAT lipolysis [10], which was reflected by the non-significantly higher levels of serum NEFAs. The authors pointed out that future studies are needed to determine which metabolic changes are specifically attributable to β3-AR agonists. 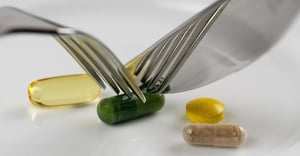 While this study was a proof‐of‐principle study to demonstrate that mirabegron can have metabolic effects in humans, the same working group con-ducted a trial investigating chronic mirabegron treatment, applying a lower dose [11]. The study was published in March 2020: Fourteen (14) healthy young women (27.5 ± 1.1 years of age) were treated with a daily dose of 100 mg mirabegron for 28 days in an open-label setting. Primary endpoint was the change in BAT metabolic activity as measured by 18F-FDG PET/CT. Secondary endpoints included resting energy expenditure (REE), plasma metabolites, and glucose and insulin metabolism as assessed by a frequently sampled intravenous glucose tolerance test (IGTT).
Mirabegron increases human brown fat, HDL cholesterol and insulin sensitivity in humans, recent study says.
After completion of the trial (28 days), there were no changes in weight, fat mass, fat-free mass, or reported food intake. The primary endpoint, the change in BAT metabolic activity, significantly increased, with a similar proportional increase in BAT volume. This was accompanied by an increase in REE, plasma HDL, and associated lipoproteins, insulin sensitivity and pancreatic β-cell insulin secretion. However, elevations in heart rate, systolic blood pressure and myocardial oxygen consumption were also observed.

Limitations of the study are the open design, the lacking placebo group, the small sample size (n = 14) and the restriction of the study population to healthy young women with a narrow BMI range. Further studies are required using placebo controls to better determine whether the changes in BAT and other physiological markers are dependent on mirabegron and how mirabegron contributed to the changes seen versus time and day. In addition, studies in other populations are required, such as elderly and patients with metabolic disease. Finally, the beneficial effects seen have been observed at a dose higher than approved by the FDA. Up to date, it is unclear whether the long-term administration of the well-tolerated daily dose of 50 mg approved for the treatment of OAB would be sufficient for activation of BAT and thermogenesis.

Outlook for potential use as an obesity drug

To assess the potential of mirabegron as anti-obesity drug in the future, more research will be required in terms of long-term trials with a suitable dose to finally allow a clear judgement on its efficacy, tolerability and safety. Attention should also be paid to the elevations in heart rate, systolic blood pressure and myocardial oxygen consumption with mirabegron. It may confer a too great cardiovascular risk for clinical treatment of metabolic dysfunction in obese patients – bearing also in mind that administration of mirabegron is contraindicated in case of uncontrolled hypertension, due to increased blood pressure in some OAB patients.

Another open question is if other β3‐AR agonists [12, 13] in late stage clinical trials may have a greater β3-AR selectivity. Such selectivity may provide a more acceptable risk benefit ratio. 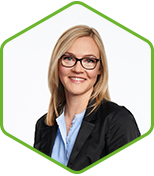