Pharmacological options for weight management and people with T2D

The global distribution of health impacts caused by obesity and type 2 diabetes (T2D) in the population has reinforced interest in pharmacological options for weight management [1]. More than 80% of individuals with T2D are overweight or obese. Thus, there is an unmet need for the development of pharmacological treatments that improve both glycemic control and achieve metabolic benefits by weight loss.

This article focuses on the basic mechanisms and actions of selected gut hormones/dual-agonists [glucagon-like-peptide (GLP-1), glucose-dependent insulinotropic peptide (GIP), and glucagon] and summarize the outcomes of trials evaluating these incretin agonists [2]. Incretins are gut hormones that amplify nutrient-induced insulin secretion in response to meal intake. They are involved in peripheral and central pathways mediating the regulation of food intake and play a role in pancreatic hormone secretion, glucose homeostasis, lipid metabolism, gastrointestinal motility, satiety and appetite, immune function and provide an improved metabolic efficacy in the management of T2D [3].The success of recent cardiovascular outcome trials of GLP-1 receptor agonists has raised interest in bioengineered unimolecular dual or triple gut hormone agonists, which represent attractive targets for managing obesity and metabolic disorders [4]. Such an ideal unimolecular antidiabetic agent should have complementary effects correcting multiple pathophysiological defects of T2D and be safe, durable, well-tolerated, easy to administer, and cost-effective.

In 2019, the American Diabetes Association/European Association for the Study of Diabetes published an updated consensus report on the treatment of hyperglycemia recommending GLP-1 receptor agonist inhibitors as agents of choice in patients with established cardiovascular disease and especially in those with specific indicators of high cardiovascular risk [5]. 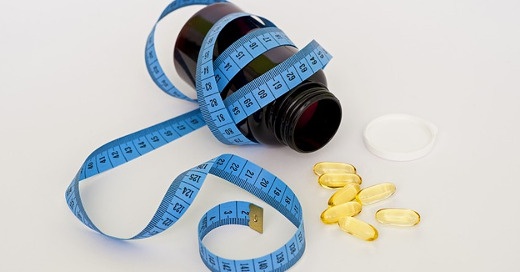 GIP receptors have been found in the pancreas, on adipocytes, in the hypothalamus, gastric mucosa, heart, and bone. It has been confirmed that the contribution of GIP mediating the incretin effect after nutrient intake in healthy subjects is far greater than that of GLP-1 [9]. One of the main differences between GIP and GLP-1 is their influence on glucagon secretion: GLP-1 suppresses glucagon secretion at euglycemia and hyperglycemia. GIP has the potential to increase glucagon in the absence of hypoglycemia [10]. However, in people with type 2 diabetes a diminished antihyperglycemic effect from GIP has been observed while the insulinotropic effect of GLP-1 has been only slightly impaired. This significantly reduced ability of GIP to stimulate insulin secretion even in hyperglycemia lead to the suggestion that there might be some level of GIP resistance [11]. Data showed that near-normalisation of glycemic control improved the insulin response to GLP-1 and GIP in people with type 2 diabetes [12]. GIP has been shown to enhance GLP-1 production and insulin secretion and has no effect on gastric emptying [13]. Therefore, the use of a dual GLP-1/GIP receptor agonist might reduce hyperglycemia, thereby restoring the glucose-lowering effects of GIP [14]. Furthermore, GIP has been found to increase fat utilization in the fasting state and reducing fat availability in the postprandial state. Therefore, it could contribute to improved lipid homeostasis and whole-body energy metabolism [15]. Several dual GLP-1/GIP receptor agonists have been tested in phase 1 to phase 3 trials, including NNC0090-2746 (also known as RG7697), a fatty acylated version of a GLP-1/GIP co-agonist [16] and tirzepatide (also known as LY3298176) [17].

Glucagon is secreted by pancreatic alpha cells in response to fasting or hypoglycemia. Its primary physiological role is to raise plasma glucose levels by stimulating hepatic glucose production and inhibiting insulin secretion and the effects of insulin-mediated glucose uptake in adipocytes and muscle cells [18].

Glucagon inhibits gastric motility and is believed to act directly on the beta cells to contribute to glucose competence of insulin release [19]. In addition to its effect on glucose homeostasis, glucagon has lipolytic and thermogenic actions in liver and adipose tissue which contribute to its weight-lowering effects [20]. Glucagon enhances thermogenesis and increases energy expenditure during normal insulin concentrations while hyperinsulinaemia blunts glucagon's thermogenic activity [21]. Furthermore, glucagon stimulates renal glomerular filtration with water reabsorption [22]. GLP-1 has been explored as an ideal partner to glucagon to counteract glucagon's hyperglycemic effects while maintaining the lipolytic and weight-lowering effects. There are a variety of unimolecular dual GLP-1/glucagon receptor (GLP-1/GCGR) agonists in clinical development, based on the native peptides (glucagon,GLP-1, oxyntomodulin, exendin), including cotadutide (MEDI0382) [23, 24], SAR425899 [25], pegamodutide (OPK88003), and efinopegdutide (HM12525A).

People with T2D and established cardiovascular disease or high risk of mortality have achieved major benefits from treatment with GLP-1 receptor agonists. With currently available GLP-1 receptor agonists an HbA1c target of less than 7.0% was obtained by 51%-79% of subjects and a body weight loss of 10% was only achieved by 4% to 27%, illustrating the need for more potent therapeutic medications. The glucose- and weight-lowering effects of the GLP-1/glucagon receptor agonist cotadutide showed similar results compared to those of liraglutide 1.8 mg (GLP-1 agonist) [26].

Gastrointestinal side effects of high-dose GLP-1 RAs and co-agonists occurred in 30%-70% of patients, mostly arising within the first 2 weeks of the first dose, being mild or moderate in severity, and transient [28].

In addition to the treatment of obesity and diabetes, unimolecular dual receptor agonists may also show an advantage in cardiovascular diseases, which could also have an impact on treatment guidelines in the near future. Progression from dual- to triple-agonism as drug candidates may further improve efficacy and safety. The optimal ratio in receptor potency has yet to be found to optimize clinical benefits without imposing additional safety issues [29].