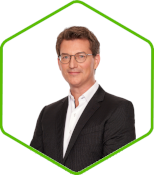 For patients with type 1 diabetes, continuous subcutaneous insulin infusion (CSII) is a common therapy and represents a concept that, when compared to therapy with multiple daily injections, is closer to the physiological insulin delivery pattern in healthy people (1). Consequently, CSII has been shown to enable better glycemic control (2). CSII also provides convenient insulin delivery, precise dosing, easy adjustments for physical activity, stress or illness, and integration with continuous glucose monitors in hybrid or other closed-loop systems. The main components for CSII, including patch pumps, are an insulin pump with an insulin cartridge and an insulin infusion set (IIS), including tubing and a catheter.

But it is precisely these infusion sets that may be regarded as the weakest link in CSII: up to 20% of all infusion set changes are unplanned and attributed to IIS failure. The main reason is occlusion, which can lead to hyperglycemia if undetected (3, 4). Low hygiene standards and incorrect management are also a problem as they can lead to local infections and infusion site pain, and eventually to pump therapy termination. Patients should, therefore, be aware of certain factors in order to get the most out of the benefits CSII therapy has to offer.

Now, what are the key issues observed for the different types of sets and which impact do they have? 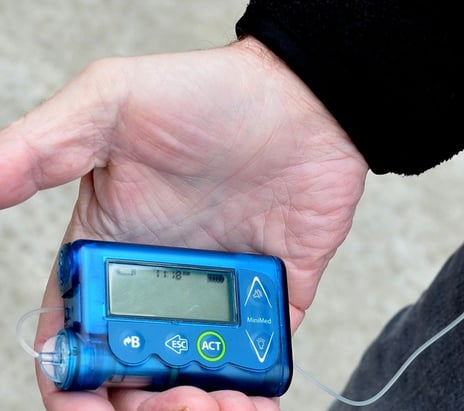 Relevant set features are cannula length, tubing length, connection (luer lock or non-luer lock), and insertion angle (straight or angled), but the most controversially discussed feature is cannula material (steel or Teflon®) with the respective inserter options and wear time.

All IIS need to be inserted into the subcutaneous tissue manually or by means of an auto-insertion device. Patients with lower handling skills might want to go for auto-inserters, especially in combination with Teflon cannulas. The following data underline the importance of a correct insertion. In one study, kinking at initial insertion of Teflon cannulas contributed to 15% of the total IIS failure rate, despite trained staff inserting all IIS devices during the study (5). In another study, where study participants inserted their Teflon cannula IIS devices themselves, 18.7% of the prematurely removed IISs had kinked cannulas, which translates to around 1 kinked cannula per 100 cannulas (6). In a different study, where participants could use an accompanying insertion device, no issues with kinking at IIS insertion were reported even for up to 7 days of wear time (7). Kinking seems to be a matter of both the technique used by the patient and the thickness of the Teflon wall of the cannula. Although less popular, steel cannulas offer better protection against kinking and can often be placed without auto-inserters, reducing the amount of extra plastic waste. Patients using steel cannulas usually do not report less comfort compared to the Teflon option (3). There are also certain infusion sets featuring additional openings at the end of the cannula to minimize the impact of obstruction, and thus hyperglycemia, of Teflon cannulas (8). 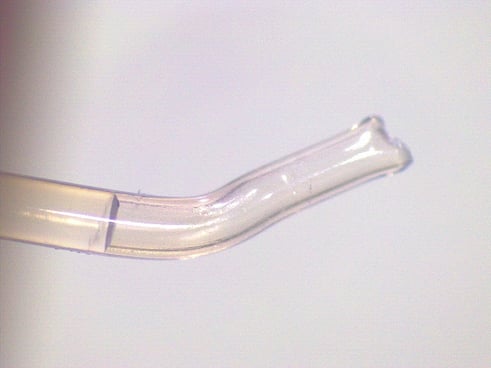 In order to determine optimal needle/cannula length for subcutaneous infusion, one study conducted ultrasound measurements of the skin and the subcutaneous adipose layer of 4 different injection sites (arm, thigh, abdomen and buttocks). It showed that needles > or = 8 mm, inserted perpendicularly, may frequently enter muscle in limbs of males and those with BMI <25 kg/m2. It concluded that with 90-degrees insertion, 4 to 5 mm needles enter the subcutaneous tissue with minimal risk of IM injection in virtually all adults (9).

Pain or discomfort at the beginning of or during insulin infusion is another reason for insulin infusion therapy abort. Whether this infusion discomfort/pain is related to the IISs needle length, the patient’s individual physical condition (diameter of subcutaneous adipose layer) or the infusion site was subject to a study in 40 subjects with type 1 diabetes recently performed at Profil.

Infusion sites consisted of the arm, thigh, buttock, abdomen (all 6 mm cannula depth) and abdomen (9 mm depth). No pain or little to no discomfort was reported for the majority of infusions (500 out of 577), while clinically meaningful pain was reported for only a few infusions (7 out of 577). There was no difference between cannula depths. For all bolus time points, statistical analysis showed significantly higher pain perception in the arm and initially at 1 min post bolus. After 15 min, perception was similar to before the bolus. In conclusion, most subjects did not experience any discomfort or only mild discomfort from insulin infusion, which was transient, tolerable, and dependent on infusion site. (10).

The recommended wear time for IISs used to be generally 2-3 days (11, 12). With longer wear time, the local skin tissue is more prone to irritation caused by adhesives and inflammation caused by bacterial contamination and chemical ingredients (13). The latter is hypothesized to be induced by mast cells being triggered by phenolic preservatives, which are used to stabilize the insulin molecules (14). The inflammatory response can compromise effective insulin therapy, which can be a reason for unexplained hyperglycemia regardless of the cannula material used, that is, steel and Teflon cannulas showed similar behavior (5). Based on the data from 22,741 infusion sets, infusion set changes associated with prolonged hyperglycemia occur on average about four times a year, with the frequency being higher in children and adolescents than adults. Here, the frequency appears to be higher with straight Teflon sets compared to angled Teflon sets and steel sets (15).

Recently, novel extended infusion sets (EIS) with a recommended wear time of 7 days have been released. First studies evaluating the performance of 2 of these sets in adults with type 1 diabetes showed that these EIS have survival rates of 77.8% and 100%, respectively, for 7 days. Unexplained hyperglycemia and severe Hypoglycemia after 7 days of wear time produced a failure rate of 1.2% for the first set and participants reported greater satisfaction with the EIS compared with standard IISs worn before the study (P < 0.001) (4). For the second set, glycemic control did not change, there were no occlusion alarms, severe hypoglycemia or ketoacidosis (8). Moreover, as fewer changes are needed, these sets may help reducing a substantial amount of waste.

The majority of insulin pump failures are caused by issues with the insulin infusion set. A correctly functioning IIS is the key for daily success with pump therapy. By knowing its main breakdown causes and workarounds patients might improve insulin pump experience and thus reduce frustration and early therapy aborts.