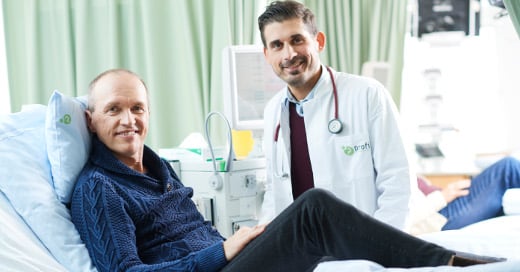 Many investigators consider patients with type 1 diabetes as being most suitable for glucose clamp trials when investigating insulin activity. This preference is in part based on the obvious notion that a study in a target population will per se yield a higher degree of external validity than a study in healthy people.

Avoiding this bias is particularly relevant when testing relatively low doses of long acting insulin products. For basal insulins, parameters describing the “late” insulin activity such as end of action will often be of interest because of their relevance for guiding clinically important decisions, including the choice of dose frequency.

‘End of action’ is usually defined based on the time from dosing until a sustained rise of blood glucose above the euglycaemic target range occurs (after the need for any glucose infusion (GIR) has ended). In healthy subjects and in many subjects with type 2 diabetes this time-point simply cannot be reliably assessed because endogenous insulin secretion even during prolonged fasting will prevent or delay glucose levels from instantly rising as soon as insulin activity ends.

A lack of endogenous insulin secretion can also be helpful from a pharmacokinetic (PK) perspective, particularly in cases where no specific assay is available, and cross-reactivity with human insulin would affect PK results.

Nevertheless, there are a number of limitations and challenges when doing glucose clamp studies in type 1 diabetes patient: first and foremost there are practical aspects such as a relatively complex and time consuming individual clamp preparation: Patients on multiple daily injections are usually required to gradually switch their basal treatment from long-acting to intermediate acting insulins and eventually to injections of rapid acting insulins only in the days and hours leading up to the clamp experiment, all this while maintaining stable glycaemic control to the best extent possible. Also the experiment itself is more difficult to conduct than in any other populations. A run-in time of several hours is usually required to establish stable euglycaemia prior to dosing by means of a more or less continuous intravenous infusion of insulin.

To avoid bias on pharmacokinetic (PK) and pharmacodynamic (PD) results, any insulin infusion is either stopped prior to dosing or must be tapered off in the period between dosing and onset of action.

However, while the lack of endogenous insulin is helpful for measuring end of action it can be challenging when it comes to determining onset of action:

When testing insulin products with relatively slow onset of action and/or when testing low insulin doses, blood glucose may initially rise to above the target level before onset of action has even been reached. As a consequence, the initial effect of the tested insulin dose will not immediately translate into a corresponding glucose infusion rate. Instead, the onset of a GIR response will be delayed until glucose levels have returned to target. This could lead to an underestimation of the actual initial pharmacodynamic response.

Fortunately, this effect is mostly found in studies with low single doses of basal insulin where onset of action usually is not of paramount interest.

People with type 2 diabetes are the largest target group of patients using insulin. They are also a very heterogeneous group as far as PK and PD responses in glucose clamp trials are concerned. Time action profiles can differ from type 1 diabetes and from healthy subjects on the one hand, and may vary substantially between different patients with type 2 diabetes on the other hand, depending on various factors such as differences of insulin sensitivity, endogenous insulin secretion or insulin absorption. Time action profiles of insulins taken from studies in type 1 diabetes cannot fully predict the effects in type 2 diabetes and specific studies in this population can be helpful for a better understanding of pharmacological activity [3, 4].

The heterogeneity of insulin responses be challenging in studies in type 2 diabetes.

Even if insulin doses are adapted to the body weight, responses may vary a lot and the choice of an appropriate test dose may have to balance the need for a robust PD response in a sufficient number of patients on the one hand and clinical relevance of the tested dose range on the other hand.

To limit variability of insulin responses, relevant inclusion and exclusion criteria (such as fasting C-peptide levels, daily insulin dose, BMI, HbA1c) can be narrowed down. This, however, will come at the cost of hampered recruitment and of less validity of the results for the entirety of patients with type 2 diabetes.

A decision of doing a glucose clamp study in healthy people is sometimes based on safety and regulatory considerations rather than on pharmacological factors. Early clinical trials in healthy volunteers may be required before switching to studies in a target population at a later stage [5].

When testing insulins in a single ascending dose study, the euglycaemic clamp technique can offer an elegant option that combines close monitoring of PD effects with a very safe prevention of hypoglycaemia when doses are escalated to effective levels.

In general, a population of healthy volunteers can be expected to be more insulin sensitive than people with diabetes and to show less variability in their response to insulin. Recruitment is generally easier in this population which may create some room for further lowering of variability by choosing rather strict inclusion and exclusion criteria, for example by defining narrow ranges for age, weight or other criteria that are associated with variable insulin responses. Ideally, a homogenous and insulin sensitive population can be recruited and provides sufficient power to demonstrate differences (or similarity) between treatments even with relatively low sample sizes.

The clamp procedure itself is substantially easier in healthy volunteers than in people with diabetes as there is no treatment to be washed out, and in most cases there will be stable euglycaemia at baseline without any requirement for extensive run-in periods and IV insulin.

Healthy study populations are preferably chosen in studies testing rapid acing insulins, because endogenous insulin secretion will usually be supressed in the early parts of the PD profile and will not have an impact on glucose infusion. Nevertheless, low C-peptide levels should be monitored to support the absence of any significant stimulation throughout the experiment.

Any verdict? What population is best to deliver “true” time action profiles?

In summary, none of the three populations discussed above can be considered as being generally preferable for inclusion in glucose clamp studies, and there are pros and cons for each of the groups. Insulin deficiency in patients with type 1 diabetes is sometimes considered as helpful in avoiding bias, however, results from clamps in this group should not be misinterpreted as being “truer” or “more valid”, as applicability to type 2 diabetes can be limited and study results are prone to misinterpretation at times when blood glucose levels are not kept at target.

The choice of study population can always have an impact on the GIR curve in a clamp study. Activity profiles should therefore always be interpreted with caution and cannot be considered as universally valid irrespective of the population that was tested in a study.